The ecological Mundo de Yuntero, gold in the Ecovino Awards

The organic wine Mundo de Yuntero Tinto, from the 2018 vintage, has won a gold medal at the Ecovino Awards that have been held in La Rioja on May 7 and 8, in the Sensory Analysis room of the Scientific-Technological Complex of the University of La Rioja.

In this tenth edition of the Rioja event, 279 wines from 30 wine-growing regions were assessed in blind tastings by a jury of renowned national and international tasters, chaired by the Professor of Sensory Analysis at the University of La Rioja, Antonio Palacios Garcia. With Denomination of Origin La Mancha, only two wines received a mention from the jury, one of them being the gold medal awarded to the ecological Mundo de Bodegas Yuntero.

Since its creation, the Ecovino Awards aim to promote and recognize the production of wines from organic farming, thus favoring respect and care for the environment. Bodegas Yuntero is a pioneer in Castilla-La Mancha in the production of organic wines. Since 1992, it has opted for their preparation and launched them on the market under the Mundo de Yuntero brand, with great acceptance among national and international consumers.

The tenth edition of the Ecovino Awards, whose awards ceremony will take place on June 7 at the Riojaforum venue, are organized by the Permanent Culture association, and have the support, among others, of the General Directorate of Culture and Tourism of the Government of La Rioja, the City Council of Logroño, the University of La Rioja and the Regulatory Council DOC Rioja.

Mundo de Yuntero Tinto 2018, gold in Ecovino
The organic red produced by Bodegas Yuntero, a gold medal in Ecovino, Mundo de Yuntero 2018, is obtained after careful preparation and selection of the organic grape varieties Tempranillo (50%), Merlot (25%) and Syrah (25%). With Denomination of Origin La Mancha, it is cherry in color with purple tones. It gives off aromas reminiscent of ripe berries and wild red fruits. On the palate, it is harmonic, structured and with character.

Yuntero Verdejo, silver in the “Spain Selection” contest
Bodegas Yuntero has also obtained a silver medal, for the white wine Yuntero Verdejo, from the 2018 vintage, in the second edition of the "Spain Selection" Awards, a national wine competition for native Spanish varieties, and whose awards ceremony was held Last Thursday, May 9, in Ciudad Real, within the framework of the tenth edition of the National Wine Fair (FENAVIN 2019).

The "Spain Selection" Awards, organized by Wine Connection with the support of FENAVIN and the Provincial Council of Ciudad Real, aim to promote the quality of Spanish wine and recognize the excellence and commitment of Spanish wineries in their efforts to offer the maximum expression of the national vineyard.

Yuntero Verdejo white wine is made 100% from the Verdejo grape variety. It is a clean, very bright wine, straw yellow in color with greenish reflections. On the nose, it presents a medium aromatic intensity, with notes of freshly cut grass, fennel, citrus and green apple.

With Designation of Origin La Mancha, it is a very fresh wine on the palate, with a medium/high acidity, very balanced with the fruit. It leaves a good finish and a slightly bitter touch, typical of the Verdejo variety. 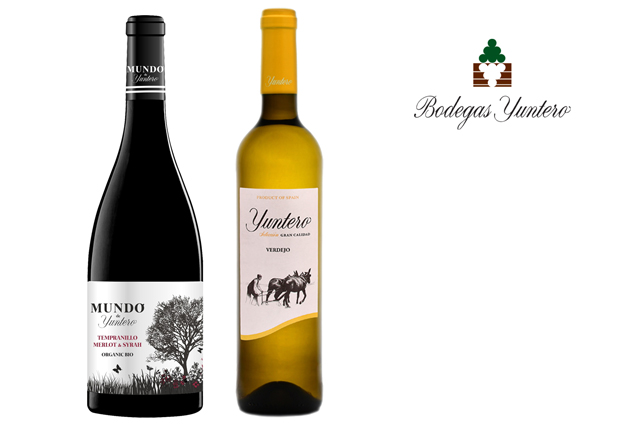 No comments to show.
Categories: Awards

At Bodegas Yuntero we consider essential the development of a Quality, Environmental and Food Safety Management System, based on the Standards ISO 9001, ISO 14001 and in the BRC and IFS Food Safety Protocols, in order to certify the safe production of our wines, complying with the legal and regulatory requirements that are applicable in our wine production, aging, bottling and marketing activities, and with those established by the client, and other requirements that the organization subscribes, related to its environmental aspects and occupational health and safety hazards.

The Winery supports all staff in the maintenance and continuous improvement of the system, considering each worker as the protagonist of the most important phase of the service of a company of recognized Quality, also promoting responsibility towards the environment.

Bodegas Yuntero, through its Integrated Management System, allows patents, its concern and permanent commitment to Quality and the Environment and to achieve a guarantee for the future of our planet that only competitive, sustainable organizations at the forefront of the market can offer.

Our work is based on the following fundamental pillars:

Download Quality Certificate
Use of Cookies
We use our own and third-party cookies to improve our services and show you advertising related to your preferences by analyzing your browsing habits. If you go on surfing, we will consider you accepting its use. You can change the settings or get more information here'. To obtain more information about the cookies we use and how to eliminate them,
Manage options Manage services Manage vendors Read more about these purposes
preferences
{title} {title} {title}